Life is a Dramatic Opera

It would be nice if life could always be comfortable and predictable—without arguments, misunderstandings, trials, or tribulations.
But it’s not.
Life is like a dramatic opera, filled with ups and downs, and love which sometimes goes awry. There are times when I would prefer to simply stay in bed, underneath warm blankets with a pillow over my head.
But no—life always requires me to get up once more.
Scene change!  Think fast!

When I was in the Hawaii Opera Theatre (HOT) production of the opera “Otello” in 1990, I found this story of jealousy and suspicious love both familiar and unnerving. Fiction closely mirrors fact. In Act IV, Otello strangles/smothers his wife because he firmly believes that she loves someone else. Unfortunately, right after he kills her, he finds out that he is totally wrong. She had never been unfaithful to him. In a vain attempt to rectify the situation, he stabs himself and then gives his wife one last kiss before he dies. Of course, she doesn’t notice his last kiss because she is already dead.

The story is not too far-fetched.

I was in a shelter for abused women during this same time period, and all of the women there were telling similar tales about insecure, jealous husbands who were verbally and/or physically abusive.
—Where have you been, ***? Who did you see this time? It doesn’t take that long to go grocery shopping.
—You’re just like the rest of them. Women are only good for one thing.
—You say there is no one else, but you are lying. You always lie ***
­— If it wasn’t for me, you would be nothing. No one wants you. People are laughing behind your back.
—You’re a joke, You *** don’t deserve to live.

***In the sentences above, I deliberately left out the derogatory 4 letter words. Use your imagination and you will probably be correct.

When two people “love” each other, it makes no sense to destroy that love with constant accusations, physical threats, and abusive language.  Watching this type of abusive scenario in an opera is educational, but it is hell on earth when played out in an actual relationship.

For me, the moral of the story is this: If you want to have a relatively happy life, do your best to avoid getting too involved with insecure, controlling people!

A month after Otello, I was in the HOT production of the opera “The Bartered Bride.” 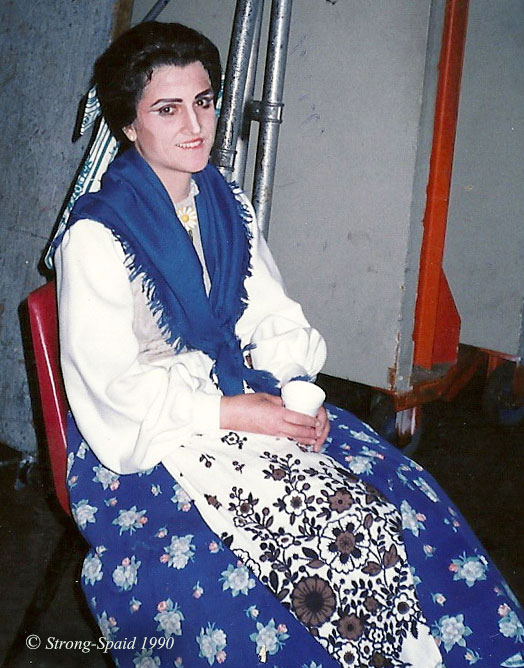 Although the Bartered Bride also has some negative twists and turns, it does resolve into a sweet ending. I enjoyed this opera immensely. With dancing, singing, and a happily ever after at the end, it was just what I needed. I loved it.

I have heard some people say that opera singing is “controlled screaming.” I don’t know if that is the best description, but singing with full diaphragmatic power does release a tremendous amount of emotional energy. I can honestly say that, during the stressful time that I was homeless in Hawaii, having the opportunity to sing opera helped save my life.  The vibration raised my soul up every time.

Over the years, I have never forgotten my wonderful ʻohana at the Hawaii Opera Theatre.  Thanks for being there for me. Mahalo and aloha nui loa!

You can find me any time wandering around in my own mind gathering thoughts.
View all posts by Mary Strong-Spaid →
This entry was posted in Art, Photo Essay, photography and tagged abuse, Classical Music, Opera, singing. Bookmark the permalink.

22 Responses to Life is a Dramatic Opera