An old 1937 newspaper clipping and some faded photographs are definitive proof that Carl E. Spaid, a 45-year-old railroad switchman, was struck by lightning while working on the Burlington Route. As far as I know, a direct hit from a bolt of lightning is usually deadly, but the incredible (and almost unbelievable) part of this story is the fact that he survived. As the years of his life continued on, Carl eventually became my husband’s grandfather.

I am told that Carl never said much, if anything, about his close encounter with the lightning. Considering the fact that he was in a coma for a while after the strike, it is quite possible that he had little to no memory of what happened.

Looking at the old photos that we have, it appears that the lightning snapped a metal band around his hat, blew a hole into the side of it, shredded his clothes while passing downwards, and then violently exited out through his shoes. 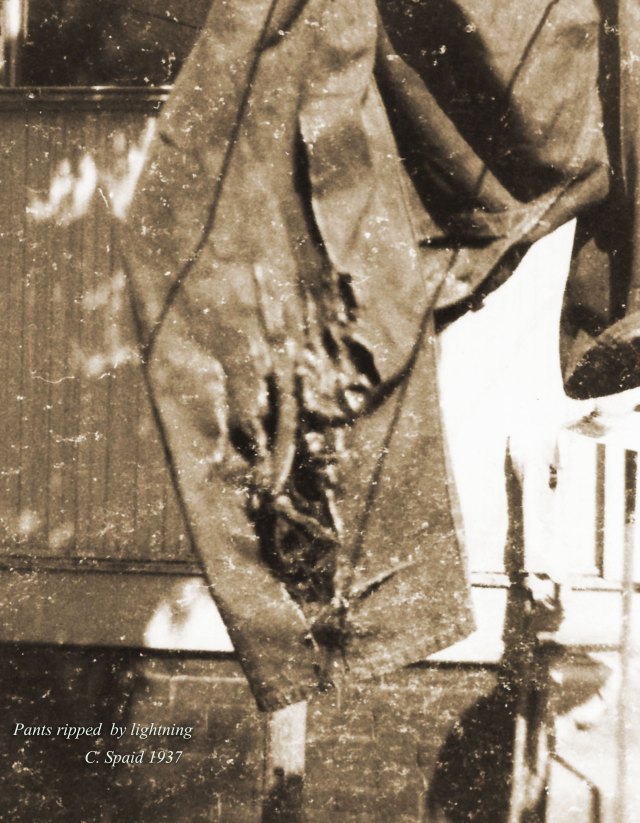 Personally, I don’t understand how he could have survived such a powerful electrical jolt from the universe, but he did. There must be a plausible explanation—I just don’t know what it is! Could be that miracles do happen. 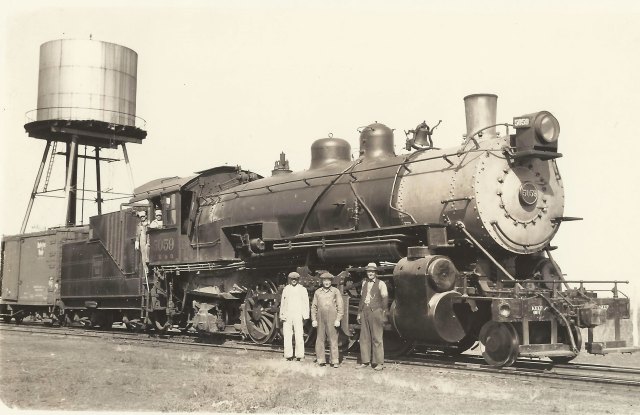 Carl must have been a very strong man, both physically and mentally, because he returned to his job as a Burlington railroad switchman after he recovered. I don’t know if I could have done that. After being struck by lightning and almost dying,  I think I would have worried every time dark clouds brewed on the horizon again!

Regardless of any inherent dangers, he must have loved his job because he stayed with it for 37 years–until he retired. 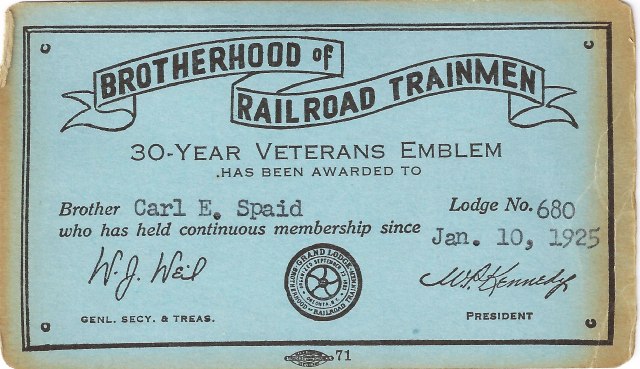 Carl’s pocket watch ( a 1936 992E “Elinvar” Railroad Pocket Watch made by the Hamilton Watch Company) still works…amazing! My husband says his grandfather also had a smaller pocket watch which he carried sometimes, so we will always wonder which one he had in his pocket on the day the lightning struck. Guess we will never know for sure.

You can find me any time wandering around in my own mind gathering thoughts.
View all posts by Mary Strong-Spaid →
This entry was posted in History, Nature, Photo Essay, photography, Science, Trains and tagged Burlington Route, Electricity, Storms. Bookmark the permalink.